Our Lady of the Miraculous Medal Church 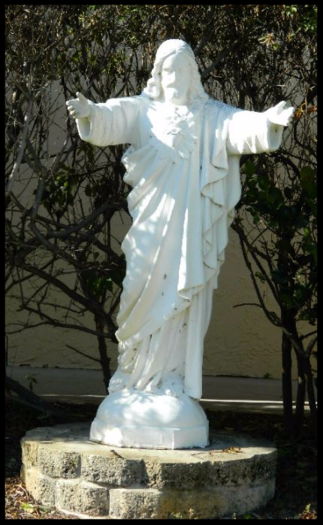 Our Lady of the Miraculous Medal began as a Mission of St. Andrew Church. The first Mass was celebrated on Palm Sunday, April 11, 1965, in the Greater Pine Island Civic Association Building.

The members were eager to have a church on Pine Island on property already owned by the Diocese; plans were drawn up and submitted to Bishop Carroll on July 5, 1966. Ground breaking for the new church took place soon after and the church was completed in time for midnight Mass on Christmas 1966.

Ten years later,  Bishop Charles McLaughlin made OLMM an official parish. CCD classes were formed that year and in ‘77 the Altar and Rosary Society (forerunner of today’s Women’s Guild) was formed.

On January 19, 1986 ground was broken for the Parish Life Center with Bishop John Nevins celebrating an outdoor Mass. In 1988 the dedications was celebrated by Bishop Nevins with 40 priests in attendance.

On April 18, 1990, forty-nine men of the parish formed the Pine Island Council of the Knights of Columbus.

In 1997, Bishop Nevins arranged with the Augustinians to take responsibility for OLMM Parish.

November 15, 2000 was the official starting date for a Capital Campaign to raise $900,000 for the construction of our new church building. Ground breaking took place on November 4, 2001 and the new church was dedicated January 31, 2004.

In approximately 39 years, membership has grown from a census of 300 Catholics on Pine Island to over 515 registered families.